You Are Here: Home / Help with your cedar projects / Greg Matheson 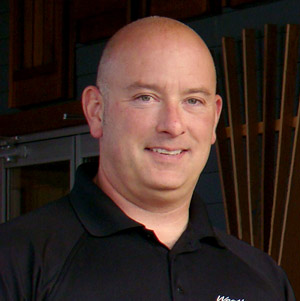 Brought up in the family business that his father started in 1969, Greg learned the importance and value of customer service and loyalty. He specialized in electronics at BCIT, where he earned his apprenticeship, and remained at the family business in North Vancouver until 2004. After deciding it was time for a new challenge, Greg, Jane his wife, and their dogs decided to take a leap into a new adventure and chose Parksville to be the place they wanted to live as it offered the outdoor lifestyle they desired and charm of small town, similar to how North Vancouver felt in Greg’s youth. Greg and Jane bought some land and took on the task of building a house. This gave Greg the opportunity to learn about residential construction, which sparked a new interest and desire to be a part of this industry. Through his eleven years on the island and in the building supply industry, Greg has discovered his love for cedar and what it can bring to any building.  In 2011, Greg became part of the Weather-Wise family and brought with him his dedication in serving the public and well as being able to build on the many existing relationships he has developed over his eleven years in the Parksville area.